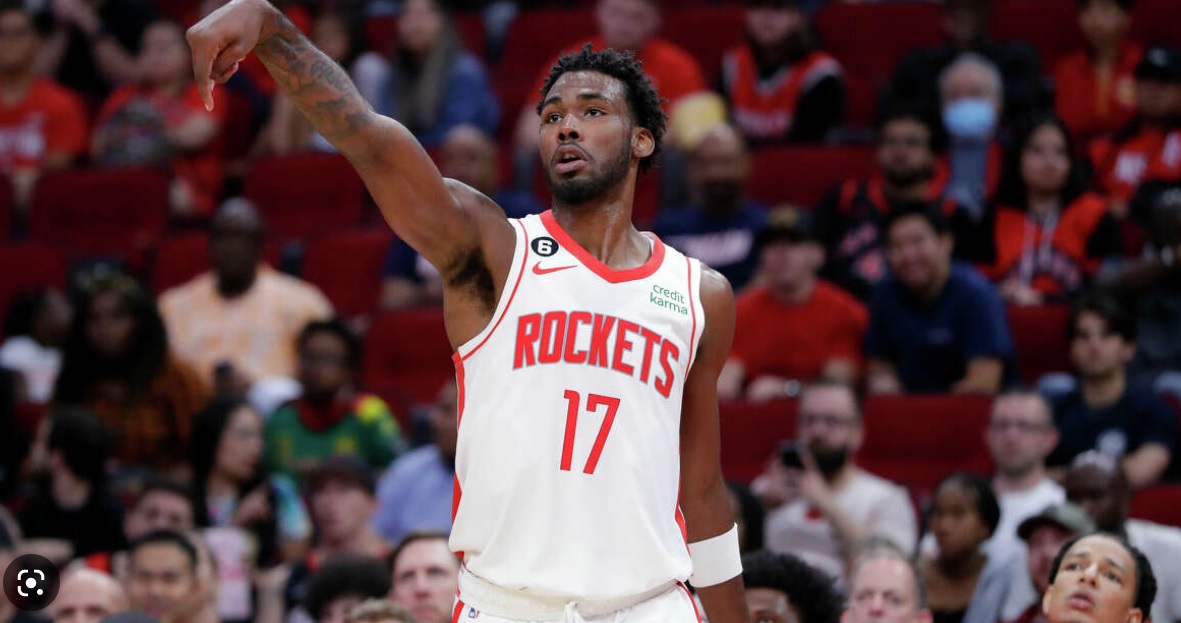 Big 9-Game slate tonight with already a ton of value as of the time of this article. The most expensive active player tonight for the Thunder is Lugentz Dort at 6,100 on FD and 5,500 on DK. The rest of the Thunder players have great value with both Josh Giddey and SGA out tonight. Also, the Cleveland Cavaliers take on the Utah Jazz in Cleveland at 7PM EST. Does the revenge-game factor give Donovan Mitchell a little extra value against his former team?

Both Dejounte Murray & John Collins have been upgraded to Questionable for the Hawks tonight. If one or both of them return, this diminishes other Hawks players’ values significantly–especially guys like Bogdanovic and Onyeka Okongwu. If Collins ends up missing tonight’s game, however, I like Frank Kaminsky as a sleeper pick. Both he and Okongwu played 22 minutes last game, but Kaminsky finished with 30 fantasy points compared to Okongwu’s 20. Furthermore, Kaminsky is minimum-priced on FD and just $3,800 on DK, compared to Okongwu, who is $5,200 on both FD and DK.

If Nurkic misses tonight, expect Drew Eubanks to eat. The game tips off at 8PM EST, so it’s very possible that the Nurkic news comes in before lock. If that’s the case, Eubanks will likely be the highest-owned center on the slate. If Jerami Grant ends up missing again tonight, that gives Josh Hart a huge boost in value.

If both Naz Reid and Gobert miss tonight’s game, that means they’re down to their 4th-string Center, Nathan Knight. Naz Reid left last night’s game early after tweaking his shoulder. Nathan Knight played solid in Reid’s absence, finishing with 22 fantasy points in 26 minutes. Even Luka Garza played 10 minutes last night backing up Nathan Knight, finishing with 16 fantasy points. I actually like Garza as a deep sleeper just in case Nathan Knight has a poor game. Garza is minimum-priced on both FD and DK. Of course, these scenarios only apply if both Naz and Gobert miss tonight’s game. Naz is an absolute fantasy beast when he plays, and last night was a prime example of that until he got hurt.

Christian Wood and Kemba Walker absolutely went off last game for the Mavericks with no Luka and no Dinwiddie. Tonight, Dinwiddie returns, but Luka remains questionable. Also, Tim Hardaway Jr has been placed on the injury report with a non-covid illness. So what does all this mean? Well for one, with Dinwiddie returning, Kemba isn’t nearly as valuable as he was last game. Also, if Dwight Powell returns, Christian Wood definitely won’t be playing 44 minutes again like he did last game. However, if Luka misses tonight’s game, expect Spencer Dinwiddie’s ownership to get into 40+% territory. Christian Wood already is going to be pretty heavily owned, just because of the fact that he’s been super hot recently. If Powell misses tonight’s game, Wood will be even higher owned, and if Luka misses, Wood will also be in the 40+% ownership territory along with Dinwiddie.

If Devin Booker misses tonight’s game, expect CP3’s projection to shoot into the mid-40s, in which case he leapfrogs LaMelo Ball and becomes the higher owned of the two point-guards. Biyombo played 31 minutes last game with no Ayton, but only finished with 22 fantasy points. He won’t be worth picking up on FD at $5,200, but is worth a pick-up on DK at just $3,900. As for the rest of the Suns players, they’re all pretty expensive as it is. Perhaps you’ll find some value in Landry Shamet if he ends up starting for Booker. Mikal Bridges and Josh Okogie are pretty cheap on DK at $6,600 and $4,100 respectively.

After having missed the past few games, Anunoby and Trent remain questionable for tonight’s game against the Sixers. Malachi Flynn played well last night, finishing with 29 fantasy points in 37 minutes. He’s still close to minimum-priced on both FD and DK again tonight, so if Trent misses tonight’s game, Flynn is a great value play. VanVleet has been on an absolute tear recently, and is still only $8,500 on DK. That makes him worthy of making it into some of your DK lineups even if Trent does play.

With no Giddey or Gilgeous-Alexander tonight for the Thunder, there’s nothing but low-priced players left on the Thunder, with the exception of Lugentz Dort. That’s why all of the top value-plays tonight are Thunder players. The optimizer will likely max out on Thunder players, picking up 4 of them. While I like this strategy for cash lineups, I’d cap the max players from the Thunder to 3 for my GPP lineups.

After a solid performance last night with no AD for the Lakers, expect Thomas Bryant to follow up with another solid performance tonight. He has good value on FD at 5,800, but even better value on DK, at just 4,200. He’ll be pretty heavily owned on DK after finishing with 33 fantasy points in 33 minutes last night. That being said, Thomas Bryant’s ownership may actually go down if Nurkic and Naz Reid end up missing tonight.

I owe you guys a sleeper pick, since my last sleeper pick, Jerami Grant, didn’t even end up playing last game. Tonight’s sleeper pick happens to be rookie Tari Eason of the Houston Rockets.

While Eason doesn’t play very many minutes, he’s very effective in the minutes that he does play. He’s averaging 1.1 fantasy points per minute this season. He’s going up against a horrible Spurs defense, who give up the 2nd most fantasy points to opposing small forwards in the entire NBA. He’s already had 3 games this season over 37 fantasy points. If he hits that or more tonight, he breaks the slate. And at just 4,500 on FD and 3,500 on DK, even if he doesn’t have a big game, he’s not going to kill you.

Most of the field is going to be all over the Thunder forwards tonight (understandably so) because of their great value. If you fade just one of those players for Eason in a few lineups, it could pay dividends for you if Eason ends up outscoring them.