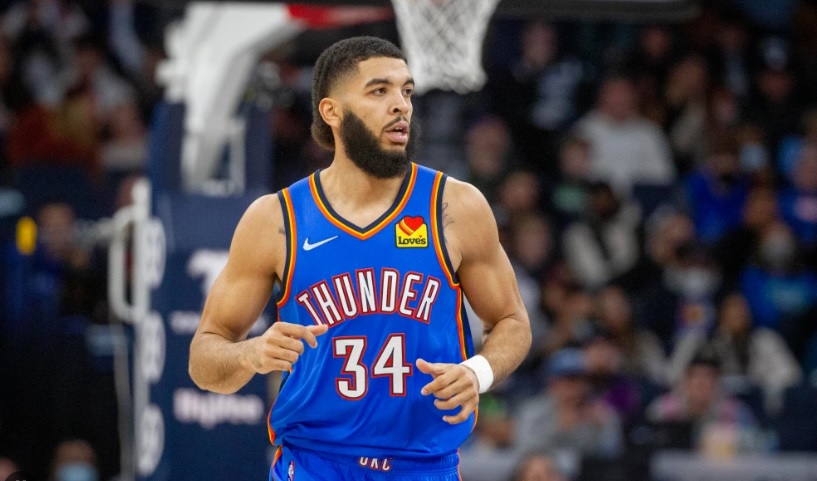 We got another massive 10-Game slate tonight with not a whole lot of value. On FanDuel, there’s only 10 players with 5x value. On DK, there’s slightly more value. Jeremy Sochan sits alone as the only DK player with a value above 6x, but there are about 30 additional players with a value above 5x. Still, for a 10-Game slate, there’s not a lot of value on DK. That being said, there are a few injuries that can help add a little more value to this slate.

De’Andre is questionable for tonight’s game against the Pacers. If he is unable to play, AJ Griffin is likely to get the start. At 4.8K on FD and 4.3K on DK, he’d be a great value play. Expect him to be heavily owned, however, if he starts.

Bogdan is another interesting player if Hunter ends up missing the game. Bogdan would likely see a slight increase in minutes and end up closing out the game for the Hawks. At 6.1K on both DK and FD, he would likely get picked up by the optimizer. However, with Dejounte Murray and Trey Young both back in the lineup and healthy, Bogdan might be a nice player to fade if he does in fact get picked up by the opto.

Robert Williams is questionable for tonight’s game with a non-Covid illness. This comes one game after both Robert Williams and Al Horford absolutely disappointed on Christmas Day. I do expect Al Horford to have a better performance tonight if Robert Williams ends up missing the game tonight. However, I wouldn’t mind picking up Grant Williams in a few lineups as a backup plan in case Horford sucks again. Grant Williams had a good game last game, finishing with 29 points in 26 minutes.

Keldon Johnson is questionable with nagging back issues for tonight’s game against the Thunder. Rookie Jeremy Sochan has been impressive recently, and scored 44 fantasy points in the last game that Keldon Johnson missed. At just 4.1K on DK, Sochan will be heavily owned regardless of whether Keldon Johnson plays or not. On FD, he will be very heavily owned if Keldon ends up missing the game. However, at 5.1K on FD, his ownership wouldn’t be too crazy if Keldon plays.

Brunson is questionable for tonight’s game against the Mavericks with a hip injury. All Knicks players will see a slight uptick in their projection if Brunson misses tonight’s game. However, Immanuel Quickley will be the biggest beneficiary from Brunson potentially missing the game. He’ll likely get the start and see a big increase in minutes. At just 4.7K on DK and 5K on FD, expect his ownership to very high if Brunson misses the game.

Aaron Gordon is questionable for tonight’s game against the Sacramento Kings with a shoulder injury. He’s been playing solid basketball recently. He finished with 50 fantasy points on Christmas Day, and his salary has been adjusted upwards on both FD and DK to reflect his recent solid play.

Michael Porter Jr. actually played 35 minutes last game after returning from injury. He will be a huge beneficiary if Aaron Gordon misses tonight’s game. MPJ is just 5.8K on FD and 5.9K on DK. Expect him to be very heavily owned if Aaron Gordon does in fact miss the game. However, this game isn’t until 10PM EST, so the news might not come out until after lock. Therefore, you should keep a SF/PF roster spot open in a few lineups.

This is the biggest pending injury of the slate. Virtually every single Kings player will see a boost in their projection if Sabonis misses the game. But perhaps the biggest beneficiaries will be Fox, who will get a significant increase in shot opportunities and usage. It’ll be interesting to see who they end up starting in place of Sabonis.

One player I’m looking at as a potential value play is Trey Lyles. He’s just 3.8K on FD and 3.6K on DK, and is coming off a solid performance their last game where he played 23 minutes and finished with 24 fantasy points, and that was with Sabonis in the lineup. Expect Trey Lyles to get even more minutes tonight if Sabonis misses the game.

This game also tips off at 10PM EST, so it’s important to keep some roster spots open if this news is still not settled before lock.

Malik Monk is just 4,600 on FanDuel despite averaging 23.3 fantasy points per game on the season. He’s coming off of a solid performance last game, finishing with 30 fantasy points in 27 minutes. His value will likely increase even more if Sabonis ends up missing the game tonight. However, Monk is a prime fade candidate, as he will likely be pretty heavily owned on FanDuel, but has huge bust potential. That’s just the nature of how he plays–he’s extremely streaky and can give you a 30+ game but can just as easily give you a sub-10 game.

Malik Monk & Jeremy Sochan
For reasons just mentioned. That being said, I don’t think that you should fade Sochan if Keldon Johnson misses the game.

Kenrich Williams is going to be virtually unowned tonight on DK. On FD, he should be around 5-8% owned. He’s averaging just 17 fantasy points per game on the season. However, he’s averaging 24 fantasy points and 27 minutes per game in his last 5 games. He’s also going up against the Spurs, a team that gives up the 3rd most fantasy points to opposing Small Forwards. With more heavily owned SFs like Kenyon Martin Jr around the same price-point, I think that Kenrich is capable of outscoring them and even having a 30+ point fantasy game. And at just 4.2K on FD and 4K on DK, even if he scores right around his projection of 19 fantasy points, he won’t kill your lineup.

While the Spurs have a bad defense against opposing small forwards, the Thunder likewise have a poor defense against opposing point guards–allowing the 6th most fantasy points to opposing point guards. This game has the potential to be a shootout, with both teams pretty evenly matched and not playing very much defense this season. Tre Jones has already had 3 40+ fantasy point games this season.