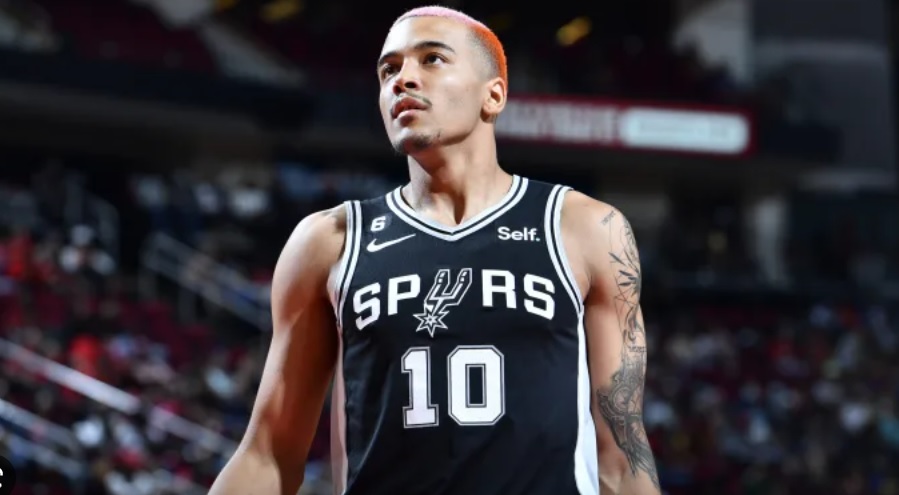 After a solid night last night, we look ahead to tonight’s two-game slate. The Spurs visit the Pelicans at 8PM EST, and the Wizards visit the Jazz at 9PM EST. Ownership will be high across the board with such a small player pool. It’s important to find a few sleepers on such a small slate if you’re trying to take down a GPP.

After seeing his minutes go down recently, Jonas Valanciunas finally played 37 minutes last game with Larry Nance out with an achilles injury, and J-Val certainly delivered. Larry Nance is questionable to play tonight, and Zion is out with Covid. This means that J-Val is poised to have another big game, and his ownership will reflect that. CJ Mccollum is another guy who will see his usage go up, and his ownership will also reflect this.

I wouldn’t be surprised if more guys are ruled out tonight for the Pelicans with Covid. If that’s the case, there may be some really good value picks deeper in that Pelicans rotation. Either way, I’d still consider playing musical chairs in my lineups with different Pelicans players, especially if Nance ends up missing tonight’s game along with Zion, which I suspect he will. This includes shuffling guys like Naji Marshall, Herbert Jones, and Jose Alvarado through your lineups.

Kuzma had a big game last game with Porzingis out, finishing with 49 fantasy points. I think that if Porzi misses tonight’s game, Kuzma’s ownership will be 60-70%. Gafford will get high minutes again, so on DK there will be a lot of people who own J-Val and Gafford. On FD, however, most people are going to own J-Val. So if Porzingis misses tonight’s game, fading J-Val for Gafford is worth a shot in a few lineups.

Rui Hachimura is returning to action tonight for the Wizards. It’ll be interesting to see what kind of minutes restriction he’s on. But if Porzi misses tonight’s game, Rui may be worth 1 or 2 lineups on FD and DK since he’s priced in the 4ks. However, if he has a minutes restriction under 20 minutes, it may not even be worth it.

As far as the rest of the Wizards players, they will inevitably get a projection boost if Porzi misses tonight’s game. Bradley Beal will likely be heavily owned. I think it’d be a good idea to shuffle around different Wizards players similar to what I mentioned doing with the Pelicans.

With Zion out tonight, the top 5 value players on FD are all Pelicans players. And on DK, the top SIX value players are Pelicans players. This will only be exacerbated if Larry Nance is ruled out, which I believe he will be. If Porzingis is ruled out, there will be some solid value plays on the Wizards, but not quite like on the Pelicans, since Wizards players are already pretty expensive to begin with considering Porzingis already missed their last game.

Furthermore, I wouldn’t be surprised if some more Pelicans players catch Covid and are ruled out for tonight’s game, which would mean that the Pelicans have to go deep into their bench tonight.

Rudy Gay is probably the only guy in the 3ks worth playing tonight. He actually played 22 minutes last game and finished with nearly 20 fantasy points. Believe it or not, on a night like tonight, that may be enough to take you to the promise land.

Sochan is more of a sleeper on FD than on DK. His ownership will likely be close to 20% on DK due to his 3,600 price tag. That being said, at 4,300 on FD, he’ll likely be owned by less than 10% of the field, making this rookie an ideal candidate to be a sleeper pick. He played solid last game Keldon Johnson out of the lineup, finishing with 24 fantasy points in 22 minutes. Keldon is doubtful to play tonight. Bates-Diop will likely get the start for the Spurs, but the fact that Sochan won’t be starting is a good thing from an ownership perspective.